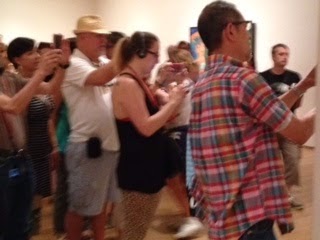 This was the scene in front of “Starry Night” at the Museum of Modern Art in New York City recently (sorry for the blurry photo). In 1888, Van Gogh painted this piece from his asylum room window, depicting the Provence night sky. He had committed himself after cutting off his left ear with a razor and sending it to a prostitute.

Before his suicide at 37, he deemed himself a failure. 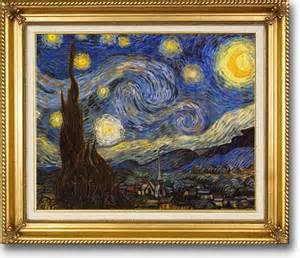 I can’t help wondering what Van Gogh would think if he saw this picture now, painted at such a low time, hanging in one of the world’s most important art museums. You stand and take it in, shoulder to shoulder with people speaking every language, clicking off picture after picture.

“No flashes!” can be heard over and over by museum guards.

I wonder what makes it so beautiful. Is it the psychedelic swirls of midnight blues and brilliant yellows? Is it because Van Gogh took the vastness of the heavens and brought them down to an almost childlike sense of wonder? Is it because so many know the struggle behind his art — the bouts of psychosis, anxiety, and depression?

Van Gogh sold one painting in his lifetime with the help of his brother Theo, an art dealer. After Vincent’s death, Theo died six months later, but Theo’s widow worked to bring Vincent the recognition he deserved. After a showing of his work, his fame grew.

Over a century later, you ask people who their favorite artist is and many say Van Gogh. For such an unhappy person, there’s something light, almost whimsical in his depictions of hay stacks and sunflowers and French fields.

It’s his self-portrait, of which he did several that have a darker tone, where you see the man behind the gay colors and bold strokes. 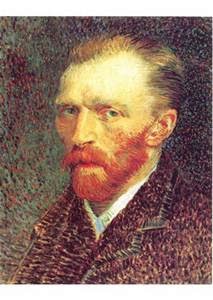 I watch this exhibit thinking how sad Van Gogh never knew how studied, appreciated, and revered his art would become. He never realized the legacy he would leave the world. One of his paintings, “Portrait of Dr. Gachet” sold in the 1990’s for over $80 million.

And yet I’m not sure fame and fortune would’ve brought Van Gogh happiness. I doubt material wealth was his driving force. His only happiness seemed to be his art.

Like many geniuses, Vincent never felt comfortable in this life, always walking that thin line between sanity and madness. Perhaps it was only in death that Van Gogh found true peace.

I go to raise my camera one last time, trying to find a space in the crowd. A museum guard walks by giving me a stern look. “No flashes,” she says.

I take one last shot.

Do you have a favorite artist? Comments are always welcome and if you like, please share.  Thank you!

If you’d like to receive posts by email, just press here.

Get the latest posts in your mailbox…